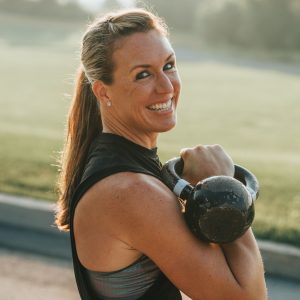 Lisa Birocci Banse spent the last two years serving as the PITCHING coach, and PERFORMANCE coach for the Italian Olympic Softball Team and has had an extensive amateur, and professional international playing and coaching career. She has turned in her clipboard for the time being to now go back to playing in Italy and for TEAM ITALY with the hopes of qualifying for the Olympics! She was a multi-year member of the D.E.S. Caserta professional softball team in Caserta, Italy (2005-2006, 2009), and A.S.D. Bussolengo (2016) in Bussolengo, Italy after a successful four-year career at The University of Iowa. She now plays for Saronno Softball A.S.D. in Northern Italy near Milan. At The University of Iowa, she was a two-time NFCA All-American (2003, 2005), three-time all region selection (2003-2005), and Big Ten Pitcher of the year (2003). Lisa has had coaching stints at multiple levels within the softball world including Bethune-Cookman University in Daytona Beach, FL, Penn State University in University Park, PA, and Juniata College in Huntingdon, PA.

Lisa currently serves as the National Pitching Director for the Frozen Ropes USA franchise, and considers Frozen Ropes Hershey her softball home. She will serve as the Softball Director for the facility which is set to open in Spring 2019. She is excited to be part of a facility that hopes to unify and centralize softball in the state of Pennsylvania! 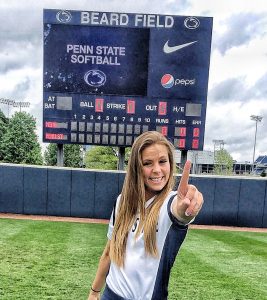 Marly is a proud Penn State Softball Alumni and graduated in May of 2017 and originally hails from Northampton, PA. During her career with the Nittany Lions, she was a two time Academic All Big Ten player, and she also earned Big Ten Pitcher of the Week accolades. A hard worker, Marly was often the spark her team needed on the mound. She currently holds Penn State Softball’s all time career appearance record at 139 with a total of 610.4 innings pitched. She racked up 46 wins and has a collegiate ERA of 3.56. Marly graduated from Penn State University with a Bachelor’s Degree in Psychology and a Minor in French. Throughout her high school and collegiate career she has been passionate about giving back to the softball youth around her in Pennsylvania. Marly has been coaching youth pitchers for many years, and is excited to share her enthusiasm and high energy with the Frozen Ropes family!

Tom is a nine-year MLB veteran with successful stints with both the San Francisco Giants and the new York Mets. Tom spent an additional 6 seasons in the Japanese Professional Baseball League (NPB) where he was the Central League MVP and the Japanese Series MVP. Also a successful softball coach, Tom, currently coaches the Williamsport (PA) High School Varsity Softball Team.