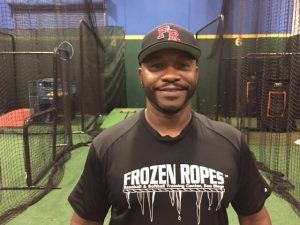 A former 10 year professional player with the Indians, Pirates, Padres, Rangers, and Mets organizations where he was a 4 time Minor League All-star, Tracy was a hitting coach in the Pittsburg Pirates organization at the end of his playing career.  Later, while spending 8 years as a youth baseball coach at Baseball USA in Houston, TX, he coached nationally renowned 18U, 16U, and 15U select travel teams for the Houston Heat.

A great communicator of the game to players at all levels, his wealth of experience and knowledge as both a player and a coach make him a valuable asset to our Frozen Ropes’ students.  We are lucky to have him on our staff and he is excited to be bringing his coaching talents to San Diego. 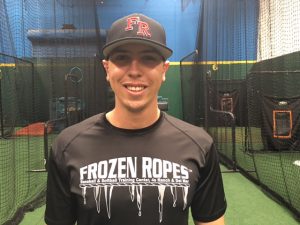 Brown played college baseball at the University of Arizona under head coach Andy Lopez. During his senior year he hit a career high .348 with 59 RBI’s leading his team to its first PAC- 12 Championship in 20 years. That year he was honored on the First Team All-PAC-12 and won the 2012 College World Series in Omaha!! After his senior year he signed professionally with the Kansas City Royals where he plays First Base and Outfield.

Bobby looks forward to bringing his years of baseball knowledge to Frozen Ropes, he is a welcome addition to our staff. 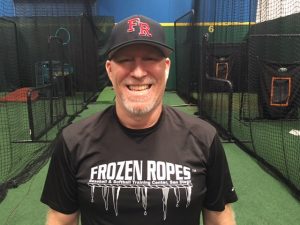 Curt was a 3 sport athlete at Serra High in San Diego.  Always a “team player” who would play any position to help his team win, he has been playing baseball for over 30 years and has participated in the local Adult Baseball League for over 15 years.

His coaching experience includes youth leagues in Basketball and Baseball in San Diego all the way to the High School Level.  He has worked for Nike, Sports Authority and other Baseball Training Facilities to hone his sports knowledge.  Curt also owned Sports Cards Stores locally and still has over 100,000 baseball cards.  You might even get a card for doing something good at Frozen Ropes (Hulky loves to give away cards).

He currently resides in Carlsbad with his wife Donna.  He has 5 children in total; Bobby 32, Katrina 30, Tawny 27, Brandie 22 and Jake 22.  Curt has a great love for sports and kids and is looking to make Frozen Ropes his new home for a long time. 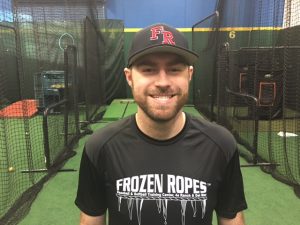 Jake comes to us from Del Norte High in 4S Ranch where he was a 2 Year Varsity Pitcher. His ERA as a Senior was 3.40 and he averaged more than a strikeout per inning. Opponents hit only .182 against Jake over 2 seasons. He also played 1st base for the Nighthawks. The Nighthawks were Valley League Champions in 2011 and had a combined record of 34-26 from 2011 to 2012. Jake was a 2 time Scholar Athlete while at Del Norte. His final game as a Pitcher in High School was a 17-2 win in which he struck out 6 batters in 4 innings, gave up 0 earned runs and 2 hits.

Jake was also a member of the Del Norte Basketball team and scored 28 points in his last game as a senior. He graduated in 2017 from Cal State San Marcos.

He looks forward to working with the kids at Frozen Ropes and teaching them the fundamentals he learned through his 13 years of organized baseball. 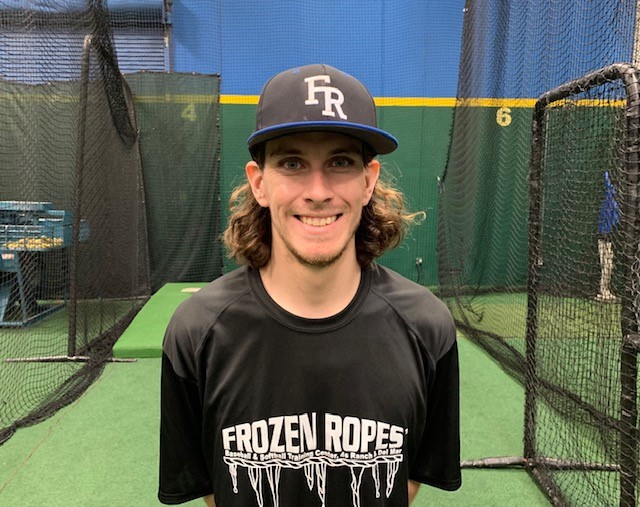 Alex grew up in Imperial Beach and began playing baseball at the age of 4. Throughout Little League and Travel Ball he played all nine positions, earning the nickname “Swiss Army Knife’’. He quickly fell in love with baseball and has committed himself to the game ever since.

Alex attended Mar Vista High School where he began to focus on Catching and Pitching. During His sophomore season he put together a 26-Game hitting streak and was named one of the team captains. After a torn ACL his Junior season, he came back for his senior season and posted a 2.43 ERA as a full time pitcher. He was named an Honorable Mention in the South Bay League and made the All Academic Team with a 4.0 GPA.

After High School he began coaching his younger brothers’ little league teams and discovered his passion for coaching. He also started to play on an Adult League Team called the Misfits, and continues to do so.

With a philosophy that embraces the challenges of hard work and balancing that with a light hearted approach, Alex hopes to inspire the next generation of ball players here at Frozen Ropes. 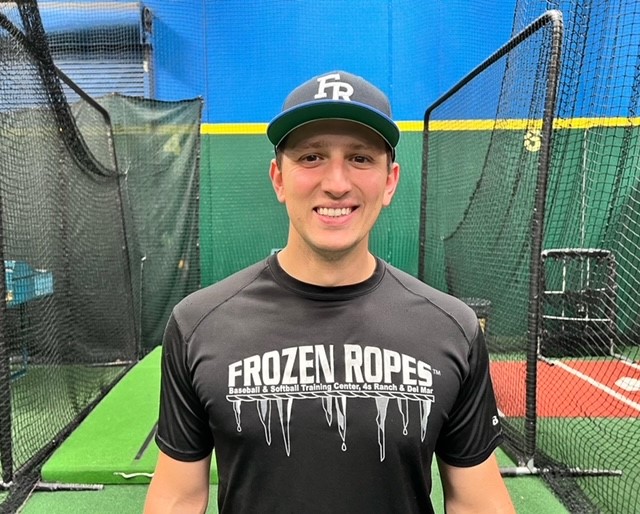 Carmen grew up in Grosse Pointe Farms, MI. He was a four year varsity player and carries four single-season six career records at his High School. He was a three time All-State First Team and Dream team player and his senior year, won the “Mr. Baseball” Award for the state of Michigan.

Carmen played 3 years of college baseball at the University of Michigan. 2 of the 3 he was a two-way player and earned himself First-Team All American honors his sophomore year hitting .352 with 25 doubles, 5 home runs, and 71 RBI’s as well as spotting a 1.84 ERA and a .088 BAA. 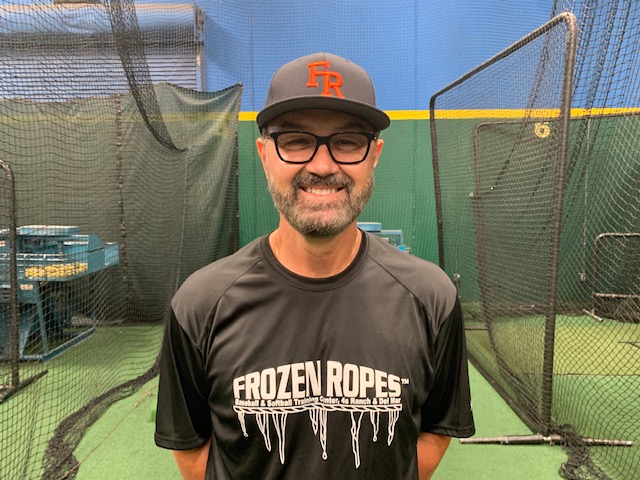 Tony Camara signed a pro contract with the Detroit Tigers.

Prior to signing with Detroit, Tony played at San Diego State for 4 years. He was the consecutive hits leader for 3 decades. Tony’s teammates included Tony Gwynn, Bud Black, and Bobby Meachum. Tony graduated from SDSU on the dean’s list.

Tony also played in the Jayhawk League for the Clarinda Iowa A’s. He batted .387 with 15 home runs.

Prior to Aztec baseball, Tony was all CIF in both basketball and baseball here in his hometown of San Diego.

Tony is now retired from a 37 year as an award-winning teacher of mathematics and has a master’s degree in the field of education.

A former Major Leaguer with the Oakland A’s and 2-time College World Series Champion at Stanford University as a player, Ron has 10 years of coaching experience at the collegiate level where he has served as a hitting coach at both Stanford and Cal.

Ron has coached over 50 professional players and more than a dozen major leaguers including current up & comers Conor Jackson, Brennan Boesch, John Baker, and Allen Craig.  He is excited to bring the highest level of instruction and training to the San Diego Community through Frozen Ropes.